Written By:
Wake Up and Read the Labels

Preservatives are typically added to food to extend the shelf life and make them last longer. Sodium nitrate and sodium nitrite are salts that are often used as a preservative to fit this category.

You’ll often find sodium nitrate and/or sodium nitrite as an ingredient listed in deli meats, bacon, hot dogs, and other processed and cured meats. They're a type of salt, but we all know that too much of something can also be a bad thing.

Our bodies need nitrates and nitrites, and the majority of the nitrates that we consume are found in vegetables. Therefore, it’s not so much a question of whether or not nitrates or nitrites are bad for you. The overuse of sodium nitrate and sodium nitrite is what can cause problems.

Here’s a list of vegetables with naturally occurring nitrates and nitrites: 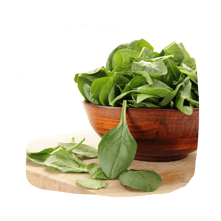 If we’re already consuming the necessary amounts of nitrates and nitrites, then it's important to be aware of the amount of sodium nitrates and sodium nitrites that you consume when they're used as food additives.

Studies show that high levels of sodium nitrate and sodium nitrites have been linked to health issues such as:

It’s said to be extremely hard to reach the levels of sodium nitrate and sodium nitrites that are associated with these risks, and the risk is likely due more to them being consumed in other ways. Sodium nitrate can also be found in water sources that are not regulated, so the over consumption can at times be related to water, as well.

At Wake Up and Read the Labels, shopping for products without so many questionable ingredients is our specialty! Most of the time, you can find a product that doesn’t include a certain ingredient. You just need to know how to read the labels.

The good news, we know of a clean beef jerky that you can purchase immediately. We spoke to Ashley Kohn, the founder and owner of Prevail Jerky, on our podcast, and her jerky doesn’t contain any preservatives like sodium nitrate or sodium nitrite!

During this episode, we discussed how she got started on her clean eating journey and why. It turns out, she was dealing with a lot of inflammation due to food made with preservatives, additives, and other artificial ingredients.

You can take control of your health and avoid unnecessary preservatives like sodium nitrate and sodium nitrite. If you’d like to learn how, schedule a call with a food coach. We can discuss ways to help you get started.

Here at Wake Up and Read The Labels, we help people learn how to read ingredient labels on the food they eat. We are not licensed, medical professionals. We are here to educate. No content on this site, regardless of date, should ever be used as a substitute for direct medical advice from your doctor or other qualified clinicians.

You’re in line at Starbucks and craving that peppermint mocha that you keep seeing all over social media. Everyone flocks to Starbuck’s once it’s released, and you feel the need to have at least one per year....

Does Your Coffee Contain Mold And Toxins?

For many people, the morning doesn’t actually start until you’ve had that hot cup of coffee. It’s warm and comforting and offers that jolt of energy to kickstart your day. Before you choose just any bag of...

High Fructose Corn Syrup is not an item you can just purchase on a shelf in a grocery store. It’s usually an ingredient found in many common commercially packaged products like beverages, baked goods,...

More About Wake Up!